A very great variety of first names are given to children by their wizard parents, some of them being what we might think of as Muggle names (e.g. James, Harry, Ronald), others giving a distinct flavour of the personality or destiny of the bearer (e.g. Xenophilius, Remus, Alecto).

Some wizards have a family tradition of names. The Black family, for instance, like to name their offspring after stars and constellations (which many would say suits their lofty ambition and pride). Other wizarding families (like the Potters and the Weasleys) simply pick their favourite names for their children, and leave it at that.

A certain sector of magical society, however, follows the ancient wizarding practice of consulting a Naming Seer, who (usually for a hefty payment of gold) will predict the child’s future and suggest an appropriate moniker.

This practice is becoming increasingly rare. Many parents prefer to ‘let him/her find his/her own way’, and dislike (with good reason) receiving premature hints of aptitude, limitations or, at worst, catastrophe. Mothers and fathers have often fretted themselves silly on the way home from the Naming Seer, wishing that they had not heard the Seer’s predictions about their child’s personality or future.

The wizarding world’s affection for the Scottish rugby team is all the more bizarre because a substantial part of wizarding society knows nothing about Muggle sports, which they regard as inherently dull and even silly. Yet the Scottish rugby team has become a wizarding meme – part in-joke, part genuine interest – which has its roots in the nineteenth century and is a tale both sad and uplifting.

The wizarding family of Buchanan lived in a village in the Scottish Borders for many generations. A reputation for aggression and drunkenness, coupled with their prodigious size (the daughters alone had won the village tug-of-war every year in living memory), kept their neighbours at a respectful distance and ignorant of their magical abilities. One by one, as they reached the age of eleven, the Buchanan sons and daughters would disappear to Hogwarts. The village whispered that the enormous, wild children were being removed to a corrective facility or even a mental institution.

By the mid-nineteenth century the Buchanan family comprised an overworked mother, a fierce father and eleven children. The household was loud and chaotic, but even so, it is surprising that neither of the Buchanan parents realised that their third son, Angus, was a Squib – a wizard-born child with no magical powers. It had always been the proud boast of Mr Buchanan senior that such an anomaly had never occurred in their family. The proud old warlock went further: a Squib in any family was a sign that they were in decline and deserved to be winnowed out.

His brothers and sisters were all very fond of Angus, who was the largest and kindest of them all, so they covered up for him in front of his parents. The deception was innocently begun, but as the time approached for him to leave for Hogwarts, Angus and his siblings became uneasily aware that they could not maintain the pretence much longer. No letter from school arrived for Angus, but his panicking sister Flora forged one, which kept the parents in ignorance for several weeks more. Shy, good-natured and frightened of his father, Angus could not think of any alternative but to play along with his older siblings. They took him to Diagon Alley, where they bought a wand and pretended that it had chosen him. On the appointed day, his big brother Hamish took him to Hogwarts on the back of his broomstick, hoping against desperate hope that Angus would be allowed to stay once they got there, or that the school might be able to tease some magic out of him.

It had never happened before and it has never happened since, but Angus got as far as the Sorting Hat before he was exposed. In sheer desperation he threw himself ahead of a girl whose name had been called and placed the Hat upon his head. The horror of the moment when the Hat announced kindly that the boy beneath it was a good-hearted chap, but no wizard, would never be forgotten by those who witnessed it. Angus took off the hat and left the hall with tears streaming down his face.

News of Angus’s humiliation reached his parents in a flurry of owls before their son arrived home on foot. He was met by his humiliated father, who barred his entrance, bade him never darken their door again, and fired curses after Angus as he fled.

Without any idea of what he would do next, without family or money, the eleven-year-old Angus walked to the capital, occasionally hitching rides on carts. In Edinburgh he lied about his age and managed to find work as a labourer.

To Angus’s surprise, Muggles were not nearly as bad as his father and mother had always told him. He had the good fortune to be taken in by a kind foreman and his wife who had no children of their own, and by the time he was eighteen, Angus had grown into a big strong man who was loved for his kind nature and admired for his physical prowess, but who never shared the strange secrets of his past.

Angus’s early childhood had been spent dodging curses on an almost daily basis, which meant that he was surprisingly fast for a man of his size. He found his greatest pleasure and pride in athleticism, and soon became adept at the relatively new Muggle sport of rugby. Years of helping his siblings catch Golden Snitches in the back garden also made him a natural at cricket.

In 1871 Angus found himself representing his country in the first ever international rugby match, which took place in Edinburgh between England and Scotland. Angus’s emotion can perhaps be imagined as he walked out onto the pitch and saw all ten of his brothers and sisters among the spectators. Defying their father’s contempt for all Muggle pursuits and his injunction against ever seeing Angus again, they had set out to track him down. Elated, Angus scored the first try. Scotland won the match.

Reunion with his family caused Angus to reevaluate his relationship with his magical roots and in 1900 he published the groundbreaking worldwide bestseller My Life As A Squib. Until this point, Squibs had lived in the shadows. Some clung to the fringes of the wizarding world, always feeling second-class and trying to fit in; others cut all ties and lived entirely as Muggles, often repudiating their beginnings. My Life As A Squib brought the plight of these individuals to the wizarding world’s attention.

Thus Angus Buchanan became world-famous among wizards whilst also being celebrated among Muggles, a hitherto unknown achievement. Wizards of many nationalities began turning up to watch him play sport. Unfortunately, cricket found little favour with wizardkind. As the chief sports writer in the Daily Prophet wrote in 1902: ‘A Beater who is unable to fly defends three sticks instead of a hoop, while a Snitch without wings is thrown at the sticks. That’s it. Sometimes for several days.’ Rugby held more appeal. Wizards could not help but admire the strength and courage of Muggles prepared to engage in a sport so brutal, without recourse to Disapparating out of the way, or access to Skele-Gro to repair broken bones. It must be admitted that there was an edge of sadism to some wizards’ enjoyment.

When Angus Buchanan died, he was honoured by both wizarding and Muggle worlds, an almost unique achievement in the annals of history. A shining example of a person who had made the most of the hand that life had dealt them and emerged triumphant, Angus was too modest to realise the impact that he had had. The Angus Buchanan Cup for Outstanding Effort is awarded at Hogwarts each year and My Life as A Squib is on its 110th printing.

When it comes to wizarding sports and games (Quidditch, Quodpot, Creaothceann – officially banned but still played illegally – broom-racing, Gobstones and so forth) wizards are naturally fiercely partisan and support their own country, but it is considered infra dig for wizards to support any rugby team other than Scotland. Over the nearly 150 years since Angus Buchanan helped win the first international rugby match, discussing Scottish rugby has become one of several covert identifiers for wizards meeting in front of Muggles and seeking to establish each other’s credentials. Eavesdropping Muggles might be puzzled as to why two Peruvians are so interested in a Scottish team, but it is generally agreed that this is preferable to arguing about Quidditch or comparing wand lengths in public.

Shortly after Angus’s death, the Wizarding Supporters of Scottish Rugby Union was set up in his memory by his devoted fans. The WSSRU, which exists to this day, has both Scottish and foreign wizarding members. They meet on the eve of every Scottish international match to toast Angus’s memory and anticipate a happy eighty minutes of watching Muggles trample each other into the mud. The International Statute of Secrecy expressly forbids wizards to participate in Muggle sport, but there is nothing illegal in supporting a Muggle side. However, the WSSRU has often had to deny the persistent rumour that its secret mission is to smuggle a talented Squib on to every Scottish team. Current suspects include Kelly Brown (possible cousin of Lavender’s), Jim Hamilton (strong resemblance to Hagrid) and Stuart Hogg (enough said). 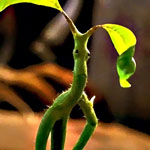